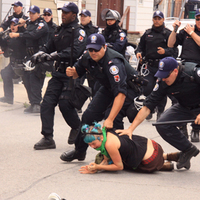 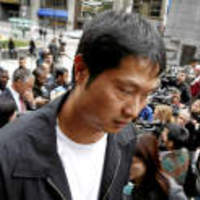 The hunt is on for a Hamilton family accused of orchestrating a massive international slavery ring that may prove to be Canada’s first forced labour human trafficking case.

It started in Hungary with a business proposal that went something like this:

“Hey, remember so-and-so? He’s living in Canada now, driving a BMW and running a construction business. You’re a hard worker. Would you like to make some money? It’s a free flight.”

Over the last several years, RCMP investigators allege at least 19 people were trafficked from Hungary to Hamilton, coached into filing refugee claims and collecting social assistance, enslaved in construction work, locked in basements and had every penny taken from them.

The story came out last December when one of the alleged victims was being interviewed by an immigration officer as part of his refugee claim.

He told the officer that he had come to Canada to work construction. Instead, he said, he was subjected to slavery.

Now police have warrants out for 10 Hamilton family members, nine of whom are wanted on charges of trafficking in people and fraud. The tenth is wanted for theft.

“They had to work like 17, 18 hours a day,” a source close to the investigation said Friday. “Once they get to the house, they had to work there, too — housework, like cleaning, fixing the backyard, fixing the fence, every house work that you can think of.”

Sgt. Marc La Porte said the victims — there were 19 as of Friday morning — were trafficked over a number of years.

They were allegedly coached to claim refugee status after landing in Hamilton, then instructed on how to file for social assistance.

They were brought to banks to open accounts, but the traffickers controlled their pin numbers, so when the victims deposited cheques, the traffickers withdrew the money, La Porte alleged.

They took every penny, the source alleged — “to the last cent.”

Some came to Canada hoping to send money home to their families. Others hoped to eventually help their loved ones immigrate. The victims — all men between 20 and 60 years old — thought they would be working legally in Canada but were instead forced to work for the accused family’s construction business without pay, the source alleged.

The traffickers threatened the victims and their families in Hungary, controlled who they spoke to and where they stayed — typically in basements of the family members — and fed them scraps of food, often only once a day, police alleged.

“They were just treated horribly, like real slaves and they (the alleged traffickers) even called them slaves,” the source alleged.

Zsanett Karadi, 24, is wanted for theft.

If the human trafficking charges stick, they will be Canada’s first involving forced labour. During the Ferenc Domotor Sr.’s February bail hearing for the immigration charges, federal Crown Sandra Antoniani called him "the head of a group of Hungarian Roma Gypsies that comprise his immediate and extended family members."